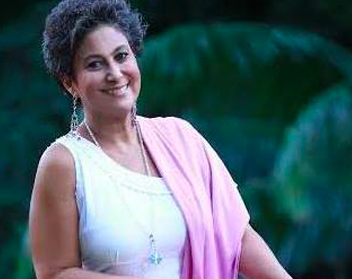 COACH DIANILUZ CORA is a conscious creator dedicated to the empowerment of human beings. Through the use of her intuition, her connection with the angelic realm and her years of experience as an Energy Life Coach, COACH DIANILUZ has been genuinely dedicated to developing her inner power, knowing that the Universal Laws would assist her in the expansion of her work.  She pursued her goal of achieving a degree in Fine Arts by obtaining a Bachelor’s Degree from New York University (NYU/1986) and a MFA from Brooklyn College (1992). After working with prestigious Latino theaters companies in New York City, such as Pregones Theater and the Puerto Rican Travelling Theater, she returned to Puerto Rico, where her work turned towards cultural events and projects. Her passion for the arts led her to develop several projects of cultural significance for the country; first, as Manager of the Raúl Juliá Theater of the Museum of Art of Puerto Rico and then as Director of Culture of the Municipality of Carolina, where she was responsible for the conceptualization and creation of the Cultural District.

The development of a genuine interest in supporting the transformation of human beings led Dianiluz to train in the field of Coaching. She completed her training in 2008 and got her certification with IPEC (Institute for Professional Excellence in Coaching, New Jersey). In her role as Coach, she offers empowerment workshops in youth centers, churches, public and private companies, correctional institutions, universities and spiritual centers, and has ona on one clients around the World. Her search for personal empowerment continues as she enters the fields of Psychology and Energy Healing. She studied with one of the pioneers on Energy Healing, Caroline Myss, Ph.D.  After a life changing encounter with the angelic realm in 1998, her mission took a turn last year as she began channeling the Archangels, both through workshops and readings. Being a channel of Divine Power, combined with Coaching, guarantees her clients the opportunity to be transformed through her readings, changelings and energy coaching. In 2011, she completed a writer’s workshop with Coach Cheryl Richardson and Reid Tracy (CEO, Hay House) with the prestigious publishing firm Hay House, Inc. Dianiluz also trained on Cellular Regeneration techniques with the French energy healer, René Mey.  Her most recent training was to become a Pranic Healer with the Central Florida Center for Pranic Healing (May 2018). Being fully bilingual (English/Spanish), she is able to reach a wide audience through her work.

In 2014, Coach Dianiluz published her first self-help book: A HEAVEN YOU CAN TOUCH. (Tocando cielo –https://www.amazon.com/Tocando-cielo-quienes-tocado-Spanish/dp/0692345531). Since moving to the Continental US after hurricane Maria, she expanded her coaching practice online, has imparted workshops at both CommUnity Center 729, Gypsy Apothecary and began writing her new book based on her current journey. She currently offers Angelic Readings at AVALON in Orlando, Florida and online.