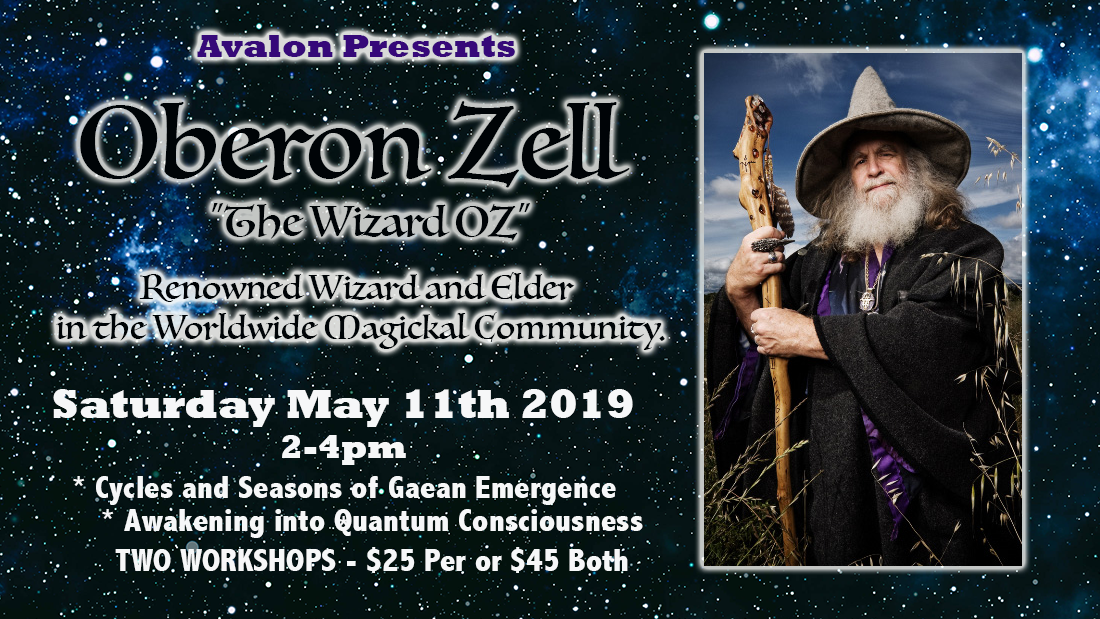 2pm – Meet and Greet. A Chance to have books or statues signed.

Earth-centered spirituality has awakened in 60-year cycles going back at least to the Italian Renaissance of the 1480s. In each of these cycles, certain common themes emerged—foremost among them being a recurrent resurrection of classical Pagan elements in the arts, poetry, music, literature, drama, ritual and spirituality. And the Return of the Goddess was a major focus of artists and poets, who claimed Her patronage as Muse. Now, in anticipation of the next cycle in the 2020s, the Wheel is turning again, and consciousness of the Goddess is re-emerging throughout the world. What can we expect this time around?

The Gaea Thesis asserts that our planetary biosphere is a single vast living organism, known to all peoples as Mother Earth. Such a complex entity must also possess a concomitant global consciousness, which many feel is on the verge of Awakening. But is Gaea really the greatest level of consciousness beyond our own? How many layers of consciousness are there? The latest developments in quantum theory suggest that nothing above the level of the primordial quantum field has any physical reality at all. Rather, biocentrism and simulation theory propose that the world of our experience is an emergent and evolving simulation, much like 2nd Life, or the Matrix, in which we temporarily animate very realistic avatars. Only consciousness itself is truly real and eternal. Let’s consider the implications…for magick, theology, and immortality.

SCROLL ALL THE WAY TO THE BOTTOM TO PURCHASE TICKETS

Oberon Zell (“The Wizard OZ”) is a renowned Wizard and Elder in the worldwide magickal community. In 1967 he was the first to apply the term “Pagan” to the newly emerging Nature Religions of the 1960s. Oberon founded the first legal Pagan church (Church of All Worlds— www.CAW.org), and through his publication of Green Egg magazine (1968-present), Oberon was instrumental in the coalescence of the modern Pagan movement. In 1970, he had a profound Vision of the Living Earth which he published as the earliest version of “The Gaea Thesis.”

In the 1980s, Oberon and his lifemate Morning Glory resurrected authentic living Unicorns, and led a diving expedition to New Guinea to solve the mystery of Mermaids. In 1990, MG coined the term “polyamory,” and launched another significant movement. (MG died of cancer on May 13, 2014.)

Oberon creates altar figurines and jewelry of Gods and Goddesses, mythical creatures, and magick symbols. He is the author of Grimoire for the Apprentice Wizard; Creating Circles & Ceremonies; The Wizard & The Witch; and other books. He is also Headmaster of the online Grey School of Wizardry, which he founded in 2004 (www.GreySchool.com).

A world traveler to mystic sites, in 2018 Oberon spent three weeks in the Yucatan exploring Mayan ruins, and a month in Guatemala, presenting workshops on Quantum Consciousness and participating in Mayan ceremonies. In November he attended the Parliament of the World’s Religions in Toronto. He has appeared on numerous TV shows, and is the subject of a film documentary: The Wizard OZ (2017) https://vimeo.com/215849774

Oberon will talk about Wizardry, Quantum Magick, the Awakening, the coming 2020s, and 50 years of modern Paganism: “Who are we? Where did we come from? Where are we going?” Bring your questions to ask the Wizard!